HubFirms : Blog -What is the Future of Artificial Intelligence?

What is the Future of Artificial Intelligence?

In basic terms, Artificial Intelligence is a broad area of computer science that makes machine seems like they have human intelligence. So it’s not only programming a computer to drive a car by obeying traffic signals but it’s when that program also learns to exhibit signs human-like road rage. The official idea and the definition of AI were first coined by John McCarthy in 1955 at the Dartmouth conference. He called together a group of computer scientists and mathematicians to see if the machine could learn as a young child does. He proposed that Artificial Intelligence is a machine or a computer program with the ability to solve problems that are usually done by humans with our natural intelligence.

Since then AI has remained for the most parts in university classrooms and super-secret labs. But during the past few years, some of the factors have led to Artificial Intelligence becoming the next big thing. A huge amount of data is being created every minute. In fact, 90 percent of the world data has been generated in the past two years. And now thanks to the advances and processing speeds, the computer can actually make sense of all this information more quickly. Devices with AI can now detect and translate your voice and feeds it to a search engine and reads the answer back in human syntax. In other words, you don’t have to speak code.

At the far end of this spectrum, is Machine Learning. It’s one of the most exciting areas of AI. Just like a human, the machine retains information and become smarter over time. But unlike the human, it’s not susceptible to things like short term memory loss, information overload, sleep deprivation, and distractions. Some programs even mimic the way the human brain is structured completely with neural-network that help humans and now machines to solve problems. Very soon AI will become a little less artificial and a lot more intelligent.

Although the idea of Artificial Intelligence has been around for nearly sixty years. But until recently we haven’t had enough data to train the machines or the computing power to process that data. Imagine where we would be in the next five to ten years and what we can do about it. We are already in an era where technology can recognize our voices and not far from the technology to read our inner minds. We can already play video games without a controller. Imagine if you can write without a keyboard and control your phone with your thoughts. The world with augmented reality will make commuting safer, and working faster. Imagine if machines with a sense of touch and enhanced eye-sight can fight disease or even modify our DNA. What if robots can build our homes, delivers our newspapers, and drive us home safely?

These are not examples of far distance future but what is possible at present.

AI these days means something very different than what we typically imagine. And actually, AI is being used in a tone of applications as we speak for all sorts of different major companies from Google to Amazon and they are going to be using AI more and more as these technologies develop.

Some of the applications of Artificial Intelligence are.

AI and deep learning are key technologies in driverless cars. And we can find these characteristics on the roads today. You probably have seen the beginning of auto-pilot cars where cars have been tested to drive, park, stop, or even change the lane by itself using AI. Google began the testing of automated-cars back in 2012 and these cars are classified as the first level down from being fully automated by the U.S Department of transportation. GM announced that the vehicle without any human control will hit the streets by 2020. Automated cars are equipped with laser sensors and a camera in the front, radar sensors in the rear, a top-down camera, and a big computer in the trunk. All of this visual data is put together so the car can figure out what to do. This is called human intelligence exhibited by machines. Though the technology isn’t perfect yet and will take some time before it’s completely accepted by the public as well as by the legal authorities, that’s the future we are heading to. If we really want cars to learn to drive truly autonomously, the cars are going to need to learn on its own and have the ability to quickly resolve complex situations and require a tremendous amount of computing when it comes to objecting image recognition and collision avoidance. 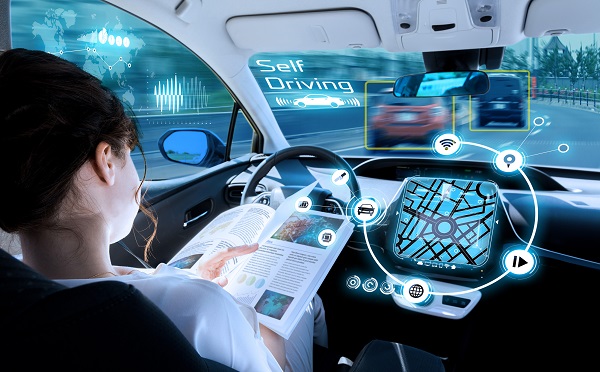 Nvidia who changed the game with its programmable GPU has the ability to process enormous amounts of data simultaneously. Its video GPUs are used to learn deep neural-network. Deep learning is a set of techniques that computer use to learn inside neural-network. A neural-network is loosely based around the brain. It is a biologically inspired programming paradigm that enables the computer to learn from observational data.

Climate change is a big deal. We are already getting important data and information with numerous satellites orbiting the earth. These satellites give us a lot of new data, big data and raw material to actionable insight. Like a mountain of information created by the satellites and other connected sensors. Which enables us to predict the weather in any particular region at a time and to take timely actions. It mostly provides us information such as real-time monitoring of climate change but what we really need in order to tackle climate change is countermeasures. In order to harvest that understanding, we need artificial intelligence. Big companies like Google, Tesla, and IBM are really looking forward to integrating their artificial intelligence technologies such as DeepMind, Tesla Autopilot, and IBM Watson to satellite technology in order to fight climate change. In theory satellites together with AI is called AI Cloud. It will provide us information such as real-time monitoring of climate change as well as its countermeasures. And it is really important because what gets measured can be managed. 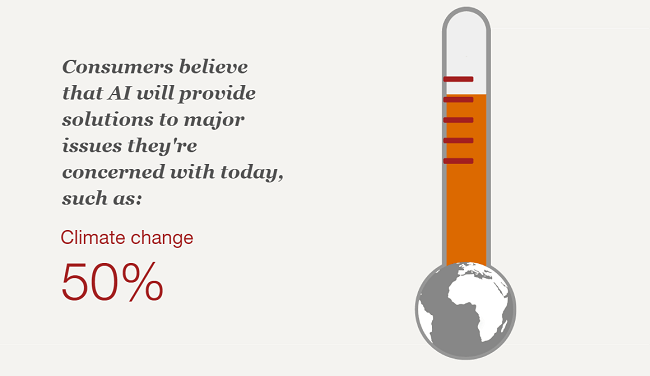 We could ask it to calculate the actual but hidden cost of carbon emission to better justify investment in renewable energy. AI will empower government companies and citizens in making decisions based on actual data in real time.

If Artificial Intelligence cloud has access to big data, it will give us insight in return and will help us how to solve specific problems by analysing the huge amount of data and could one day identify trends and use that information to come up with solutions to the world’s biggest problems.

With AI, things are getting to work out quickly. Today it is impossible to see such futuristic technology without wondering about its impact on the jobs. We are certainly entering a new industrial revolution. Changes like these have taken place throughout history, like the industrialization, and agriculture. But now it’s changing on a much faster time scale. Worldwide 800 million jobs could be automated by 2030. In United-States up to 73 million jobs are at risk. Warehouses and factories are being run by robots. Sensors that power autonomous movement is much faster than ever before. Robots are doing fine-detailed work and responding to our every move. They are entering the service sector displacing fast food workers. Robots are replacing jobs like security guards with self-driving surveillance vehicles. Uber placed an order for up-to 24000 self-driving cars last year. It’s not hard to picture that Uber and other lift based job economies are prone to collapse when self-driving cars are used instead of real humans.  Every day those drivers are giving companies valuable data needed to automate their vehicles. Many workers are unwillingly teaching artificial intelligence on how to do their job.

Artificial Intelligence in Retail – Could this actually be a blessing in disguise?

On the positive side of it, robots have already taken over some of the most dangerous jobs available on earth which humans are reluctant to do and saved thousands of lives, including bomb defusing. These robots are controlled by humans rather than AI. They serve as a physical counterpart for bomb defusing. Drones also work in a similar way and are used as the physical counterpart for flying and targeting enemies in the war zone. They also require humans to control them. Other hazardous jobs we have seen robots already integrated into are like welding, which is well known for producing toxic substances, extreme heat, and noise. As technology improves, more such jobs will be outsourced to robots to help prevent workers from toxic fumes and other bodily harm.

The combination of high tech computing and hands-on medicine is transforming our medical care. AI is letting computers to do things that humans did before and also to perform the task that is beyond human capacity. It is also used to quickly analyse data to identify patterns that can help speed up diagnosis and treatment. Imaging is one of the fields where Artificial Intelligence can really do wonders. They can look for patterns that our brain could not have seen but they can. Just by looking inside your eye, it can tell your sex, your age, whether you smoke, your blood pressure, and most importantly your risk of heart disease.

AI is making good doctors great. In healthcare, AI is changing the game with its applications in decision support, image analysis, patient triage. With their ability to reduce variations and duplicate testing, the decision support system quickly processes a large amount of data within the electronic medical record. 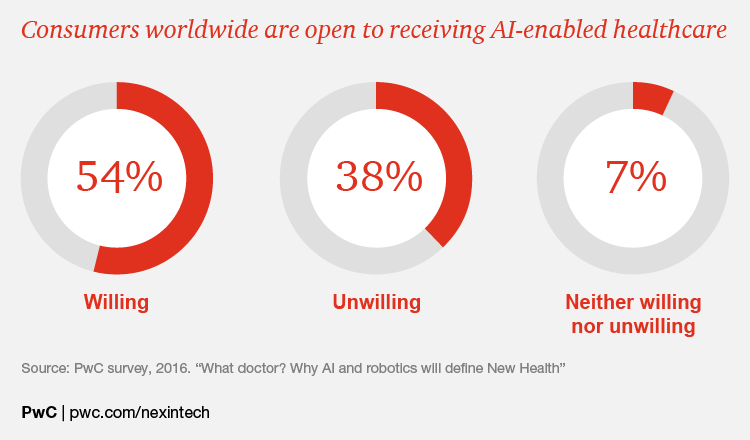 Computers are better in picking up to tuberculosis than humans are. Imagine if you are in an emergency room and there are 100 of x-rays for doctors to look at. Artificial Intelligence can help by taking the uncertainty out of viewing patient’s scans by highlighting problem areas on images, Aiding in the screening and diagnosis process. Based on the severity of the patients it can then pick up the one that needs to be treated first rather than standing in a queue. AI helps with issues of physician burnout by collecting patient’s data via an app or text messaging. Chat-bots now ask patients a series of questions regarding their symptoms taking the guesswork out of diagnosis and saving both the patient and provider time and money. With AI integration, working smarter enable solutions to a variety of issues for patients, hospitals, and the healthcare industry.

AI is certainly the most powerful tool ever. It has great computing power and can analyse an enormous amount of data beyond human capacity. It has helped humanity a lot in various sectors and paved the way where we are today and leading us to the future where we can completely transform the way we are living. But humans are special. We are so superior as we are the creator of Artificial Intelligence. No matter how intelligent and smarter the AI can become it can never replace humans. What we need to do is to have a good partnership with AI. We should continue to create great machines and great things to make life much easier and to tackle the global problems we have such as climate change, poverty, fighting diseases, saving lives, etc. AI has endless limitations, but only if we use it properly.